What to do After God Speaks 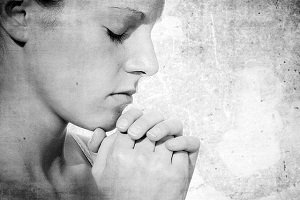 Then one day something happened in your spirit. It may not have been an audible voice from heaven, but you heard something in your soul. You felt God spoke to you, and it was good. Very good. Your problem would be taken care of. You were going to receive that which you desired more than anything else. The whole world looked different.

I’ve been there. Several times during my life I felt I heard God’s voice in my heart. The first time I was quite young, about 13 years old. I prayed for something specific to happen, and I believed I heard God say to me that what I prayed for would come to pass.

I’ve grown up a lot – emotionally and spiritually – since then, and with maturity comes a better understanding of how God speaks to us. I’ve heard His voice on other occasions – sometimes pointing in a clear direction that I’m supposed to go, sometimes with a confidence that a certain outcome is going to happen. One occasion was a complete surprise to me.

Some years ago I was reading a contemporary Christian book while traveling on a plane. (I’m not going to tell you the book, because then you’ll want to read it. But that’s not the point.) All at once I felt what I thought was God’s voice telling me that I would meet my husband soon. I was shocked! Long ago I had ceased praying for a husband, and had become very happy and productive as a single woman. Where had this come from? I filed that thought away, and continued on with my life.

Six months later I was sitting in a little radio station in Jasper, Texas, talking with the station manager about producing some radio spots. Something immediately started happening between us, and some months later Al and I were married.

I believe God prepares us for what He is about to do if we are paying attention and willing to listen. He cares about us as a loving Father cares about His children. And He will speak to us.

But what happens after God speaks is even more important than the praying beforehand. Here are some specific things you need to do after you hear God’s voice speak to you.

When God speaks it’s only the beginning. What you do after that determines a great deal about how you experience what God wants to do for you.

Your Turn: Have you heard God speak to you? What was that experience like? Leave a comment below.