To the Wife Traumatized by Married Sex 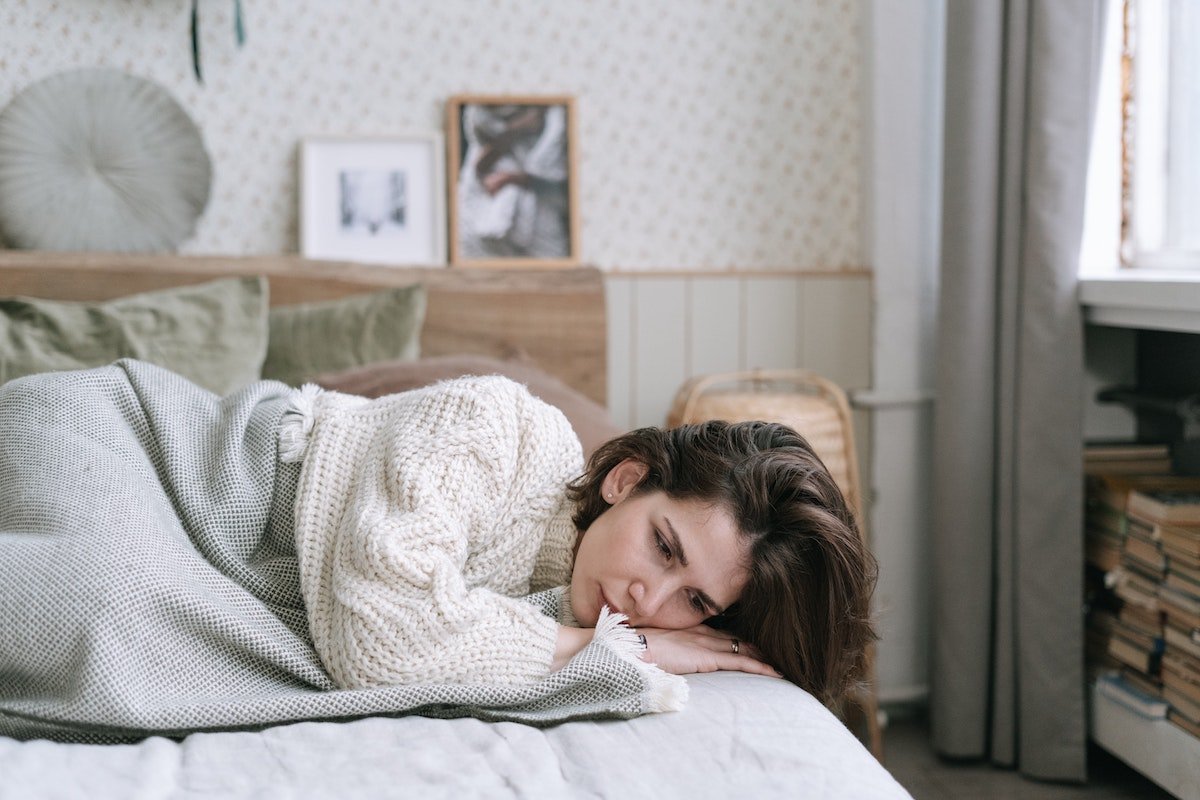 Just because sex happens within marriage doesn’t always mean it’s good. God designed sex to be a beautiful life-giving nurturing experience between husband and wife. But evil has so hijacked sex that what God intended for good has too often been used to steal, kill, and destroy – even in marriage. This article is not for everyone. But if you’re a wife traumatized by married sex, keep reading.

So your lips say Yes even when your heart screams No. Perhaps you’ve been saying Yes for years and you just can’t do it any longer. And then you feel guilty because it wasn’t like your husband was forcing you; you said Yes. So what right do you have to feel traumatized or hurt? You may even feel angry at God for making sex in marriage a “thing”, and for creating your husband with a sex drive.

Hear me, dear wife; those are all lies and distortions of the enemy! And he has used them to steal, kill, and destroy. But Jesus came to give life! (John 10:10) And how you need some of that life right now!

First, a couple avenues the enemy has effectively used in his campaign to destroy God’s good gift. And then some steps to moving forward.

Ladies, that’s all a lie.

The Influence of Religion

The religious messages you’ve likely heard have also messed with your head. The purity narrative, while true in some respects, has caused so much destruction! You know the story; boy meets girl, they fall in love, have amazing sex for the first time on their wedding night, and live happily ever after.

And it’s just not true!

Life-giving sex doesn’t just “happen.” So many wives have been led to believe that if sex isn’t wonderful there’s something wrong with them.

And this is on top of the frequent Christian message that the wife should submit to her husband. Once again the enemy has hijacked what God intended as life-giving and turned it into a violent and pernicious lie. Christian submission has nothing to do with encouraging wives to endure being traumatized by married sex!

Ever since the Garden of Eden the devil has assaulted women with a special hatred. It’s not that he doesn’t hate men, or that women are sinless. Far from it!! But the war on Eve has been relentless and destructive in so many ways.

And the enemy gets special sadistic joy when he can lead people to believe that they are being harmed in the name of God. Religion has too often been used in the enemy’s hands to steal, kill, and destroy – including traumatizing women with life-destroying sex even in marriage.

If you have been traumatized by married sex, you’re not alone. You may be carrying guilt or shame from saying Yes. And you may also have your own sexual baggage, and feel that makes you “worthy” of the harm you are experiencing or carrying.

If you could hear me audibly right now, you’d hear me shouting NO! NO!! NO!!! Sex is NOT about you assuaging your husband’s lust. Sex is NOT a duty which abuses your body and cripples your soul. Regardless of where you’ve been in the past, you do NOT deserve humiliation or objectification. Being a good Christian wife does NOT mean you accept life-destroying sexual trauma just because you have a ring on your finger.

When I was preparing to be married I knew that my soul needed a deep overhaul from the cultural, family, and religious messages around sex, spoken and unspoken, that I had accumulated. So for six months I marinated in the Song of Solomon, letting the life-giving picture of intimacy God’s way permeate my being. As a result, my wedding night was beautiful in every way, and my husband and I enjoyed a loving life-giving sex life until he passed away.

If you don’t feel about your married sex life like the Shulamite in the Song of Solomon felt, it’s time for some healing and grace. A healthy God-honoring marriage will include life-giving sex. But if that’s not how sex is for you, do something about it!

A few elements of stepping forward:

Those steps aren’t quick or easy! And that’s the danger in even mentioning them. But I want to leave you with the message that there is hope. You can heal from past trauma, incorporate God’s design for intimacy into your being, and become capable of a healthy relationship.

That’s the only process that has the potential to lead to life-giving sex with your husband in the future. And more on this next time.

Your Turn: Have you been traumatized by married sex? Be gentle with yourself. And I’d love to hear from you in the comments below.

Is Your Sexual “Stuff” Affecting Your Marriage?

Your relationship with your spouse is affected by YOUR attitudes, beliefs, feelings, and history when it comes to sex. That’s why we’ve created the Sexpectations online course – to help you deal with your sexual story, find the transformation Jesus offers, and write the next chapter with hope. You can do this regardless of what your spouse does or doesn’t do.

Join me in the Sexpectations online course, and take the next step in finding the wholeness Jesus offers.

How to Pursue Intimacy Whether Married or Single