How to Trust God when Everything’s NOT Alright

Perhaps you’ve heard this old gospel song. It talks about the Bible stories of Moses, David, and Jesus, times when it looked as though all was lost. Then at the last possible moment God comes through with a miracle. The Red Sea parts. David kills Goliath with a single slingshot. Jesus is raised from the dead.

And the chorus goes:

Don’t you wish you were that certain?

And yet there are many times when everything is not at all alright! I’ve been there too. Perhaps you’re in that place right now, like the woman who wrote to me just days ago, worn out from living in a marriage without any affection or intimacy for more than ten years. Or the friend who had to drastically cut back on her ministry work and find her own secular job after her husband was unexpectedly laid off from his. Or the missionary who lost his wife after a long battle with cancer.

If you’re not in that place right now it’s easy to look at someone struggling and say, “Just trust God. He’ll take care of it. Think positively. It will all work out for the best.”

But what happens when your mentally ill son does take his own life? Or your house gets repossessed? Or your marriage ends? Or your church is split by scandal?

What does it mean to trust God when everything is not alright?

END_OF_DOCUMENT_TOKEN_TO_BE_REPLACED

What Does Women’s Health Have To Do With Your Faith? 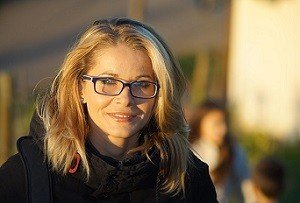 She and I were waiting together in the green room at the church, preparing to make our respective presentations to an excited group of women. The moment she heard I was an OB-Gyn physician she asked, “Can I talk to you about something?” Women’s health and faith were not at peace with each other in her mind.

My new friend and her husband were wrestling with some decisions about their marriage and family that had some significant ethical implications. They knew most of the medical information they needed to know. They knew what they could do.

But they weren’t satisfied with knowing what they could do. They were dedicated followers of Jesus, and wanted their decisions to honor God in every way. They were more interested in what they should do. They had heard what seemed to be conflicting perspectives from friends and other Christians, and were struggling to know how to proceed.

Women’s health and faith have sometimes seemed at odds with each other. But that’s really an illusion. END_OF_DOCUMENT_TOKEN_TO_BE_REPLACED

Does God Want You to Be In Charge?

Yes. And No. And it’s getting the Yes’s and No’s mixed up that gets us into all kinds of trouble.

When you try take charge of things that God has reserved for Himself you only end up frustrated. You wear yourself out, and it doesn’t work anyway.

When you don’t take charge of things that God has placed in your control, you end up miserable and upset, and tempted to blame God for your problems.

Right from our creation, human beings were created to rule. God is the Ruler of the universe, and we are created in His likeness. We can never become God. (Have you ever tried? We get into all kinds of trouble when we do that, too!) But rulership, dominion, being In Charge, is built into our DNA from the very beginning by God Himself. And that’s a good thing.

Just look at what God said at our creation: END_OF_DOCUMENT_TOKEN_TO_BE_REPLACED

When You Pray and are Still Sick

God is a Healer. That’s His very nature. And yet there are many believers who are still sick. If you’re one of them, you know the internal heart struggle. “He has healed others. Why not me?” “Am I doing something wrong? Should I pray harder?” “It’s my own fault. That’s why I’m not healed.” “Perhaps God really doesn’t still heal today.”

As a physician I’ve seen believers struggle with chronic illness even while they kept on praying. As a wife I continue to pray for my husband’s healing while watching him fight his illness daily. As a minister I’ve prayed for many people who are sick; some of them have been healed, but some of them have not.

One of the strongest impressions I hold in my heart came from an interview I watched some years ago between a middle-aged terminally ill woman and a healing evangelist. I don’t remember the woman’s name, but I know she died a few months later. She told the preacher, “Don’t pray for me to get well. The intimacy I have found with Jesus through my illness is more precious than anything else, and I don’t want to lose that.” END_OF_DOCUMENT_TOKEN_TO_BE_REPLACED

Can You Serve God Better Single or Married?

She wanted to serve God with all her heart. She also loved her husband, and wanted to do what it took to make her difficult marriage better. But she struggled to know how to do both. “God is supposed to be first, right? Then how can I still be a good wife?” she asked me.

I know some single women (perhaps men too – they just don’t talk to me as much) who seem to feel and act as though their singleness makes them a little more holy. They take Paul’s words in 1 Corinthians 7:32-34 as meaning that God in some way thinks more highly of unmarried people because they have more “freedom” to devote themselves to His work without the “distractions” of marriage and family.

Others in the church act as though God’s ideal is for people to be married, and you haven’t quite lived up to that ideal if you’re still single. There’s a heavy focus on marriage and family in many churches. Perhaps that’s a good thing, in light of how the decline in the family may have led directly to the decline of Christianity in western culture.

So, which is it? Is being single better? Is married better? Which pleases God more?

I’ve experienced both singleness and a godly marriage. END_OF_DOCUMENT_TOKEN_TO_BE_REPLACED