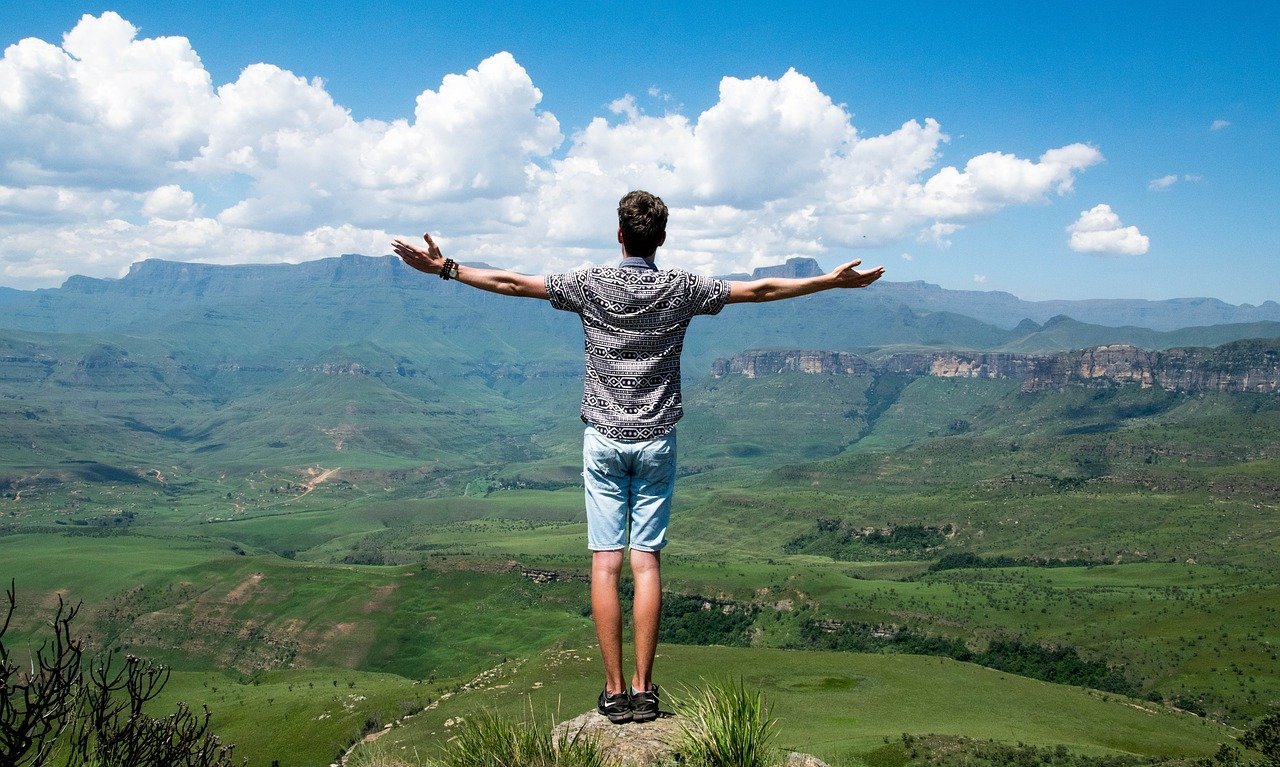 From what you have read in the New Testament, can you imagine Peter, James, John, Paul, or any of the other early believers in Jesus losing one moment of sleep worrying about what other people might think, feeling anxious about where their next meal was coming from, or being afraid of what the devil might be up to? Not a chance.

The initial emotion of fear is not the problem, but when you park there and let fear continue to have control, you suffer a negative impact on your well-being and dishonor God.

Peter, specifically, didn’t start out as fearless. But Peter overcame crippling fear, and his story illustrates how you can do the same.

When Jesus first called Peter to follow Him, Peter was an uneducated fisherman accustomed to a hard life. During the three years he spent as Jesus’s disciple and constant companion, Peter’s mouth and impetuous spirit sometimes got him into trouble. Then, when Jesus was on trial just before His crucifixion, Peter denied Him three times. (See John 18:15–27.) We know that story, and like Peter, we may either say “I’ll never deny Him,” or live in fear that we might.

But imagine things that night from Peter’s perspective. The Jewish authorities had arrested his leader, and the outcome wasn’t looking good. His world and everything he believed appeared to be collapsing around him. He couldn’t tear himself away from the spectacle but was afraid that if others recognized him they might arrest him also. His very life was at stake.

Did Peter have another option besides denying Jesus that night? Of course! But appreciate for a moment the very human fear going through his mind. I doubt you’ve ever felt any more afraid than Peter did that night.

Just a few weeks later everything about Peter was different. He and John ministered healing to the lame man at the temple gate. A crowd gathered in amazement, and Peter was soon speaking to them all about Jesus—apparently not caring what anyone thought (Acts 3:10–11).

But Peter and the others weren’t satisfied. When the early believers gathered together after Peter and John’s release, they prayed for even more boldness: “Now, Lord, look on their threats and grant that Your servants may speak Your word with great boldness” (Acts 4:29).

More boldness? There’s absolutely no hint of the previous fear in Peter’s heart. And the following chapters of Acts show that this prayer was fulfilled. Peter continued to preach Jesus boldly right under the noses of those who would do anything possible to stop him and the others.

That freedom from fear stuck with Peter. When the Jewish authorities couldn’t stop him, the secular authorities tried. Herod killed Peter’s fellow disciple James, and planned to kill Peter also.

But even that very real threat couldn’t make Peter afraid. The night before Herod was planning to bring Peter out for public execution Peter was so fast asleep in the prison that the angel sent to rescue him had to shake him awake (Acts 12:6–7). Could you sleep that soundly if you knew that you were about to be killed? Peter had truly overcome fear.

Peter’s transformation demonstrates that even if fear has controlled you and caused you to do destructive or sinful things, you don’t have to stay that way. The part of your heart that lives in fear can be healed and set free, and through God’s grace you can develop courage and boldness, becoming fearless even in the face of the worst that the enemy can bring against you.

How did Peter get there? It wasn’t by trying harder, repeating “I will not be afraid” as a mantra, or white-knuckling courageous behavior.

Peter overcame crippling fear through spending time with Jesus, seeing Him alive after His resurrection, and experiencing the Holy Spirit’s presence (John 21:15; Acts 2:14-18).

It can be the same for you.

So if you need to overcome fear, do what Peter did.

You too can overcome crippling fear and become even more useful in God’s kingdom as a result.

Your Turn: How much has fear been controlling you? How are you going to get into Jesus’ presence so your fear will have to leave? Leave a comment below.

There’s a lot more about this in my book Overcoming Fear and Anxiety through Spiritual Warfare.

And you can get a FREE CHAPTER right here.