How to “Forget the Past” When it Haunts You 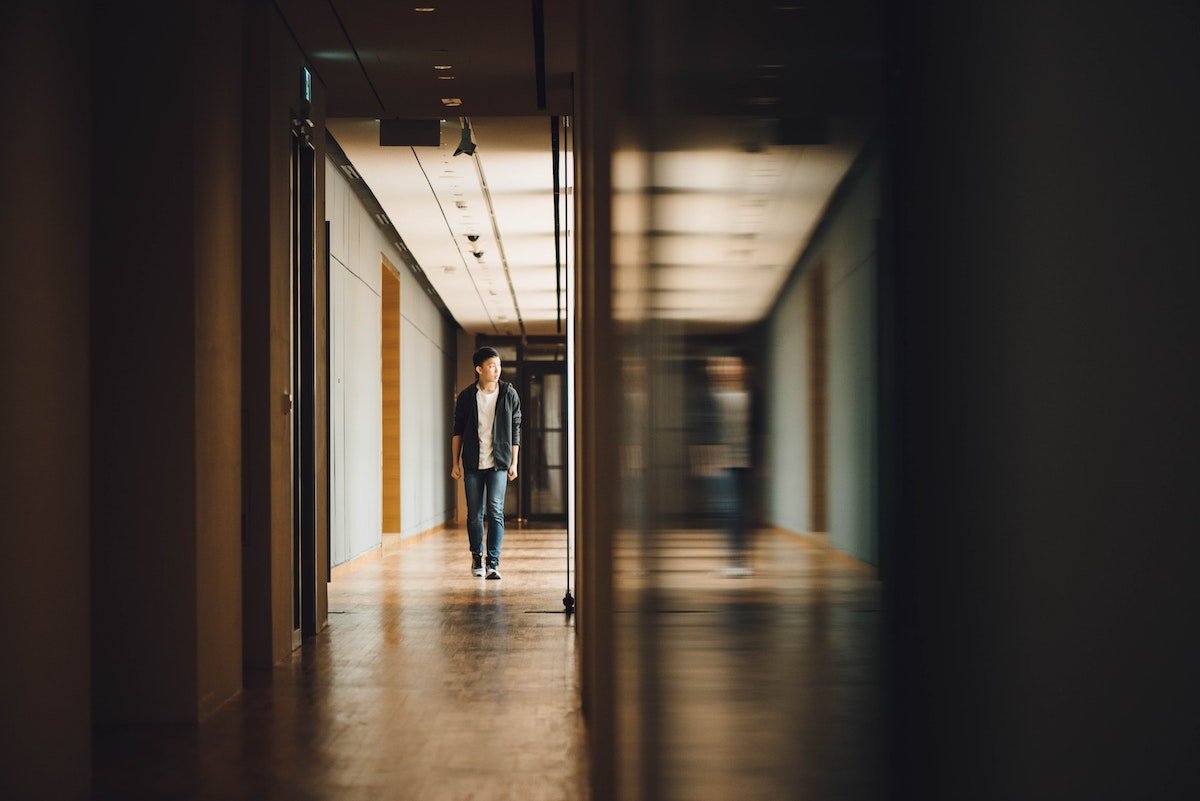 You’ve messed up. Perhaps you’ve messed up a lot over a long period of time. You’d like things to be different, but it feels pretty hopeless. Why should you even try? You feel tainted, like you’re one of “those” people now, and it will always be that way. “Well, I’ve done it before so I might as well do it again.” How can you forget the past when it so haunts you?

How sinister the enemy is! How good he is at hooking you into sin. “It will feel good. Everyone’s doing it. No one will know. You deserve it. It’s no big deal.” And once he “gets” you, he immediately heaps on shame. Other humans are quick to pick that up, and only add to your shame. The shame makes you hide, and you’ve been hiding ever since.

A similar mindset can develop around your struggle with addiction, anger, insecurity, violence, anxiety, greed, lying, or anything else. “It’s just the way I am.”

Enter the gospel. How we need that good news to counteract the lies and shame and hopelessness. Either the gospel is big enough to deal with all our junk, or it’s not really good news at all.

It’s we as humans who have come up with a hierarchy of sins. We’re the ones who have decided that these sins are too bad for God to really forgive. Oh, the most charitable among us might believe that God’s forgiveness could get even the worst of sinners into heaven, but here on earth they’ll always be second-class Christians.

Heaven help us! When Jesus was here on earth He treated all sinners the same; adulterers, cheaters, those who were self-righteous, greedy, angry, unbelieving, or sick through their own sinful behaviors. Every single person who came into His presence was welcome, loved unconditionally. And every single person was called up to a higher level of living, to a kind of righteousness they had not yet even believed possible.

Remember Paul? After he had spent years persecuting and killing Christians, Jesus met him and turned him into the Christian missionary to the Gentiles. No single human being has had a bigger influence on our understanding of God’s plan of salvation than Paul.

And Paul said, “But one thing I do: forgetting what lies behind and straining forward to what lies ahead, I press on toward the goal for the prize of the upward call of God in Christ Jesus.” (Philippians 3:13-14) The only way Paul could do what God called him to do was forgetting the past and focusing on his mission.

How to Forget the Past

That Scripture is sometimes used to say you should just “forgive and forget” the past trauma that happened to you, or dismiss the results of past (or present) sinful behavior. But that doesn’t work. As a friend said to me years ago, “If you can forget it and move on, do so! But otherwise, you’ll need to deal with it.”

The only way to forget the past is to deal with it. That takes time. Paul didn’t immediately embark on his missionary journeys after his conversion; he spent at least 3 years in the desert alone with God. (Galatians 1:17-18) Paul became someone new during that time. He became the missionary God needed him to be.

Paul had to uncover his previously-held religious beliefs and prejudices and bring them into the light, for God to transform. He had to allow God to change his assumptions, attitudes, and feelings, to reinterpret all he thought he knew. This was not a six-week discipleship class; it was an entire new way of living.

That’s what it will take for you too. The only way you will forget your past is to deal with it. What happened to you? What iniquities from “the third and fourth generation” of your history have become embedded in your soul? (Numbers 14:18) And how did you sinfully respond?

Changing those patterns is not a simple matter of deciding “I’ll do better.” It takes getting deeply under the surface and letting life with Jesus transform how you think and feel, how you do relationships, parenting, intimacy, conflict, money, career, and everything else.

Then, like my dysfunctional family history, like my experience of grief after my husband’s death, the past loses its sting. You remember the facts, but the feelings, attitudes, mindsets, no longer have any hold on you.

Your Past And Your Future

The beautiful thing about God’s miracle-working power is that your very past, the very thing you feel hopeless and unforgiveable about, is the very thing God transforms in re-creating you to be useful in His kingdom.

Nothing in your past is wasted. Nothing. Like the bread which Jesus blessed and broke and used to feed thousands (Matthew 14:16-21), when you make your “stuff” available to Jesus He blesses and breaks it, and then uses it to nourish others.

Bring your “stuff’ to Jesus. Deal with it with Him. Then instead of haunting you, your “stuff” can become bread by which others are fed.

Your Turn: What is haunting you about your past? Will you bring it to Jesus and deal with it? If you’ve done so, how has Jesus changed the meaning of your past? Leave a comment below.

Sex/sexuality is an area the enemy works so hard on. And the shame tends to stick to you like velcro.

The Sexpectations online course is a place where you look at your sexual story with honesty and compassion, and find the healing and transformation Jesus offers. It really is possible!