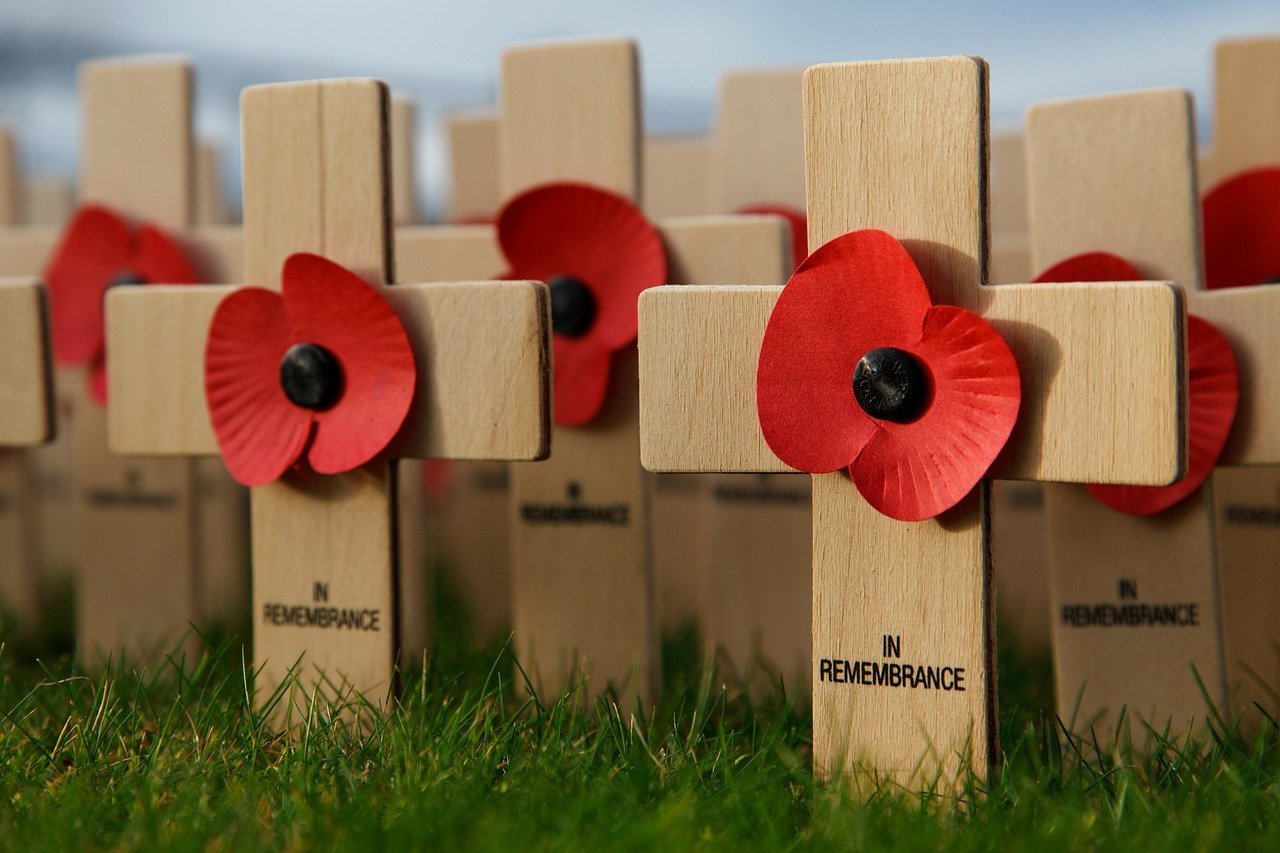 “Christianity and war” seems like an oxymoron. But unless you’ve been in the jungle with no means of communication with the outside world, you know that terrorism has been a bigger deal than ever in the past several days. A plane brought down by a bomb smuggled aboard in Egypt. Hundreds killed and wounded while enjoying Friday night entertainment in Paris. Nonstop news about the hunt for the remaining perpetrators in Europe. A new level of fear among many in western cultures. Extreme controversy over what should be done politically and militarily, what to do about personal rights and privacy, and how to handle the multitude of refugees involved in this war.

For most of us living in America terrorism is still something “over there.” We know 9/11 happened on our own soil. We hear occasionally about plots that have been foiled by our homeland security machinery. We voice superficial belief in the reality that terrorists are probably already living among us and that we are at risk.

But most of the time we don’t really think about it. This week, though, something about the ability of terrorists to carry out their coordinated attacks in Paris makes it all feel closer to home. The reality that we could be personally affected feels a little more real.

I think that’s a good thing. Most of us have been soft for far too long. It’s not that we don’t care at all. We protest – mostly softly – when anti-Christian views become engrained in our media, government, and culture. But then we assume that our way of life will continue pretty much as it has been, and that we can let our elected leaders and our armed forces worry about those problems “over there.”

Those living in Israel right now see things differently. My grandparents’ generation saw things differently. My parents grew up at a time when our country, our world, was at war. And although there have been wars “over there” for most of the last sixty years, it hasn’t affected most of us “at home” all that much. Sure, we lament those who have been killed or wounded. We give to Wounded Warrior Project, and complain about how much our country spends on a sometimes less-than-perfectly-efficient military.

But war hasn’t defined our days, our thoughts, our food supply, our transportation, our ability to work and worship and live and love the way we want. At least not for most of us. We forget the air-raid sirens, the blackouts, the fuel and food rationing, the draft, the fear that our own cities and homes could be destroyed, the dreaded knock on the door from a uniformed officer, and a million other things that a global war involves.

And yet in most ways we are more vulnerable than ever. If the enemy is already among us, what is to keep these realities from bursting into our own lives, homes, and families at any moment? The specifics of this war may be different, but that only makes it more likely that any one of us will be affected.

There are a whole host of ethical issues that Christians are having to wrestle with these days. And we’re not going to be able to solve the question of what constitutes a “just war” here. Or the issue of how to weigh the risk of admitting terrorists with the Biblical mandate to care for the “stranger” (Exodus 23:9, read “refugee”). Or the guilt we may justly feel over allowing our long-Christian culture to be so insidiously and thoroughly changed by those who care nothing for our God.

But that doesn’t absolve each one of us from the need to take stalk of our role in God’s kingdom, and of how that role needs to be informed by the very real and increasing violence we see now, not only “over there,” but also in our own cities, towns, and – God forbid – homes.

Remember, we are at war! God has been at war ever since satan and his minions rebelled in heaven. Although Jesus came and through His death won the battle against evil, (Colossians 2:15) God will remain at war until evil is done away with completely and eternally.

There’s almost no time in history when God’s people have not experienced war.

So we should in no way be surprised when we experience the unexpected, violent, life-altering impact of that war where we live.

Unless we accept the fact that God is at war, and we are at war along with Him, much of our lives will not make sense.       Tweet that.

And remember, we are not at war against traffic jams, irritating coworkers, or believers who use a different version of the Bible than we do. The real war is an existential threat to the survival of God’s people. That’s what we need to worry about.

What to Do While at War

The Bible repeatedly admonishes us to “Fear not!” That’s because we have good reason to fear. In a war people get hurt, even killed. Some of us may, one day sooner rather than later, be called upon to choose between remaining in God’s kingdom or death. (Isn’t that what some of the campus shooting incidents right here “at home” have made clear is already happening?!)

But that’s not the choice most of us will have to make. All of us will, however, be forced to decide whether we will remain passive, or whether we will in some way take up arms in this fight against evil. Remember Edmond Burke’s statement: “The only thing necessary for the triumph of evil is for good men to do nothing.” How true!

“Humble yourselves, therefore, under God’s mighty hand, that he may lift you up in due time. Cast all your anxiety on him because he cares for you. Be self-controlled and alert. Your enemy the devil prowls around like a roaring lion looking for someone to devour. Resist him, standing firm in the faith, because you know that your brothers throughout the world are undergoing the same kind of sufferings. And the God of all grace, who called you to his eternal glory in Christ, after you have suffered a little while, will himself restore you and make you strong, firm and steadfast.” (1 Peter 5:6-10)

In short, in today’s English:

Yes, we are at war. Actually, we always have been. We just haven’t always recognized the war we are in, or chosen to fight.

If that’s the case, how do we fight? Here are a few things I think “fighting” means for Christians today:

Before engaging in any fight, it’s only wise to consider whether it is worth the cost. Jesus counted that cost. And Isaiah says, “He shall see the labor of His soul, and be satisfied.” (Isaiah 53:11) When you and I look back at our lives, I believe each one of us who chooses to pick up arms in some way against evil will also be satisfied.

I don’t know how God is calling you to pick up arms in the war against evil. There may be more that we can and should do than I have mentioned here. We cannot become like those who have chosen to align with evil, but we must not remain passive. I’d love to hear what you think our current state of war means for believers today.

Your Turn: What do you think Christians should do in light of terrorism today? Leave a comment below.

Tweetables: Christians and Christianity have always been at war – against evil.      Tweet that.